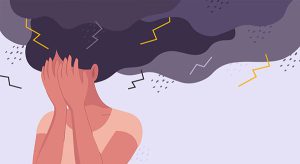 The negative impact of climate change is a growing global concern and rightly so. There is strong scientific consensus that human activity is the cause. Burning fossil fuels traps heat in the atmosphere causing the Earth’s temperature to rise, a phenomenon known as the greenhouse effect. Carbon dioxide emitted from cars, trains, trucks, and planes is the main culprit. Methane produced from beef and dairy production is another large contributor. Evidence of the greenhouse effect can be seen in rising sea levels, altered precipitation, melting polar ice, increase in severe storms, flooding, heat waves, drought, and wildfires according to the APA Task Force on Climate Change (2022).

How to Reduce Your Carbon Footprint

Things to Do Right Now to Reduce Your Carbon Footprint and Help Our Planet:

*Reduce the use of Lights, use incandescent lights, Unplug Devices not in use

*Reduce use of Appliances, Turn Down Water Heater

*Get Politically Active – to vote for decarbonizing policies and representatives.