According to the American Psychological Association (2019), racial discrimination is the unfair or prejudicial treatment of people based on physical characteristics such as skin color and hair texture. Discrimination can occur due to one’s ethnicity, culture or religion. It is an everyday reality that Black Indigenous People of Color (BIPOC, which includes African Americans, Latinx, Native Americans, Asian Americans and Pacific Islanders) live with. People of Middle Eastern and North African (MENA) descent also experience discrimination in ways that are similar to the racial discrimination experienced by BIPOC people.

Racial discrimination has occurred in the United States of America since its beginning. Fear and misunderstanding are two common underlying causes of discrimination. Racism occurs at many levels. Interpersonal racism occurs in face-to-face interactions between people such as the use of racial slurs, bias or hate based on race. Institutional racism occurs when policies within institutions put one racial group at a disadvantage such as the higher rates of school disciplinary measures taken against African American males. Structural racism occurs when public policies, institutional practices, cultural representations and norms operate in ways that lead to historic unequal treatment such that “whiteness” has privilege and “color” has disadvantage. Structural racism occurs in education, housing, employment, health, wealth, income, justice and voting. Racism, intentional and unintentional, is pervasive and deeply embedded in every level of American society.

Harvard’s Center on the Developing Child (2022) reports that there is a growing body of evidence connecting the stress of racism to long-term wear and tear starting in childhood. Children who experience chronic racism can have highly activated stress responses affecting their developing brains and biological systems. In children, the first indicators of the impact of chronic racism are anxiety and depression. These mental health problems can impose additional stress on parents/caregivers and the family system as a whole. Racism also imparts damaging messages that are evident in studies showing that African American and White preschool children alike show a preference for White dolls. These choices indicate a perception among children that Whiteness is better which can have a negative impact of the self-esteem of non-White children.

BIPOCs and MENAs experience discrimination on a daily basis. Day-to-day examples of discrimination include being treated with less respect and courtesy, being treated as less intelligent or less capable, and receiving microaggressions. Microaggressions are short, frequently occurring verbal, behavioral or environmental insults, intentional or unintentional, that communicate negative, derogatory or hostile racial slights. Racial and ethnic minorities report that they often maintain a state of vigilance to be on the lookout for incoming discriminatory acts. Being on the lookout on an ongoing basis can lead to chronic stress responses that can affect physical health and mental well-being. The stress of discrimination has been associated with anxiety, depression, obesity, high blood pressure and substance use. BIPOC people in the US have more chronic health problems and shorter life spans at all income level in comparison to Whites. 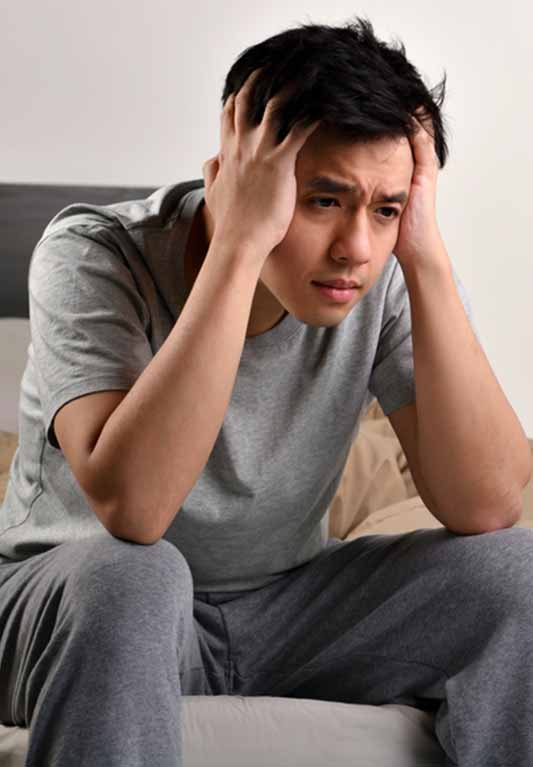 Racial trauma refers to the real or perceived dangerous events as the result of racial discrimination. These experiences include threats of harm and injury, humiliating and shaming events and witnessing harm to others due to real or perceived racism. African Americans are exposed to more racism than any other racial group. However, this is not to minimize the racism experienced by Latinx, Asian American, Pacific Islanders and MENAs. Racial trauma can have intergenerational effects – it can be passed down from parents to children affecting not only family systems but whole communities of color. Intergenerational trauma refers to the build-up of emotional wounds resulting from colonization, slavery, genocide and dislocation. In this way, many BIPOC experience the ongoing effects of trauma for a lifetime.

In the media, repeated exposure to racism, racial bias, discrimination and violence against BIPOC can develop into chronic feelings of being in danger, even if the individual has not experienced or witnessed the abuse first-hand. The profound feelings of danger characterize racial trauma.

There are many triggers for racial trauma:

Racial trauma is similar to but different from Post Traumatic Stress Disorder (PTSD). The hallmark difference between PTSD and racial trauma is that racial trauma is ongoing. There is not one event (e.g., a hurricane) or one period of time (e.g., a war). For BIPOC people particularly, the stressors that cause racial trauma occur every day and have been in existence for centuries. It is worth repeating that racism is pervasive and is built in the fabric of American society occurring at every level from individual face-to-face interactions to the implementation and execution of policies and laws.

Racial Trauma is associated with both psychological and physical symptoms.

Beginning the healing process from racial discrimination or racial trauma can include: